The Patch containing jackets have always been among one of the top priorities of the fashionistas. Since a particular logo or patch conveys a message or represents a brand or an institution, the patchy jackets have been a great pick for the casual outerwear wearers. Here are 10 patch-equipped outerwear to make others say wow! 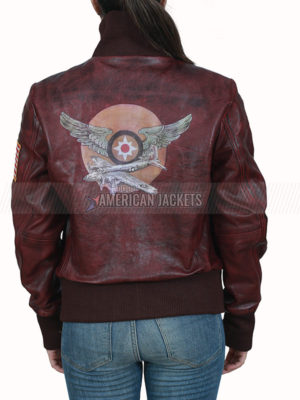 While the U.S military wear has inspired the fashion seekers for decades, the Air Force’s patchy jackets are above all. Take the Carol Danvers Captain Marvel Brown Leather Jacket from Carol Danvers’ wardrobe in Captain Marvel, it looks like a totally sizzling hot piece colored with red. Yeah sure, unless you are a typical military follower, this could serve you very well!

Although it has been decades since Rocky Balboa first appeared on the big screen, the tiger patch jacket donned by Sylvester Stallone in the film is still a fresh recommendation. The Sylvester Stallone Rocky Balboa Tiger Jacket is an absolutely magical piece for the animal patch lover in your circle who might be equipped with tons of excuses to justify adding such a patch on the back of his outerwear. 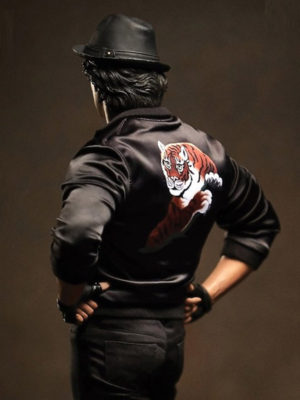 Blue Eyes, Stars, Butterflies, and Whatnot

Anna Kendrick’s excellently built black outerwear is quite a good option to start falling in love with patchy outerwear. The Anna Kendrick Pitch Perfect 3 Black Jacket is loaded with over more than a dozen small patches filling both the front and the back. Don’t like the patches at all? Approach the makers with your own patch designs and get your outerwear’s front to be filled with patches you like the most. 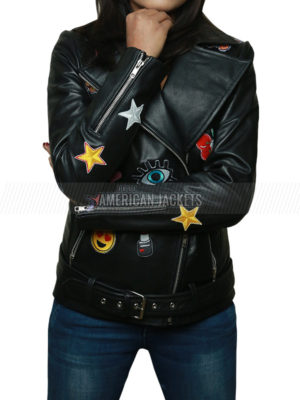 As horrifying as it looks, the snake patch on the back of the Southside Serpents Black Leather Jacket is enough to convey a strong message to anyone of your affiliation with the Serpents, lol. Hell yeah, nobody might even dare to stare you for no reason at all. By the way, did you notice the snake has no tail at all? I bet, you didn’t! 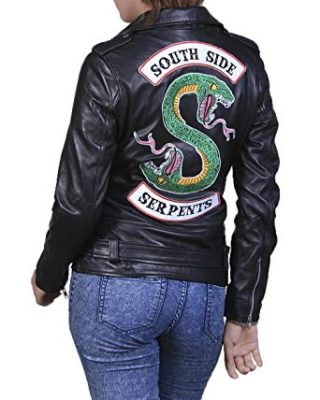 I know you have waited quite patiently for the patches containing alphabets just like the Beyonce Coachella Hoodie. Since Beyonce is no less than a ”Very Important Person” in the world of show business, everything she dons should be solely designed according to her standards. I wish if the BAK patch would also have been added at the back as well! Nevertheless, still an incredible option though! 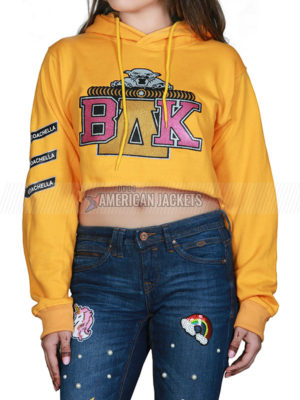 With the round-shaped patch containing an image of a Satan-like creature, the Wolfenstein 2 William BJ Blazkowicz Yellow Jacket ranks sixth in the list of the trendiest patchy outerwear available on the internet. This casual yet semi-winter season attire is the real deal to maintain your classy appearance while you aim to be the center of the focus. 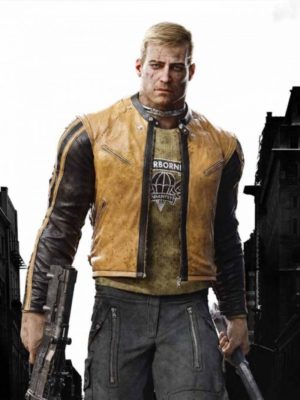 While black seems to be one of the ultimate most options for the male fashionistas, a patchy jacket might be the best of all! Now take a detailed look at the Billionaire Boys Club Varsity Jacket with a big B patch dominating the front. In case, it looks good enough, there is no sin in grabbing one for yourself. Just saying! 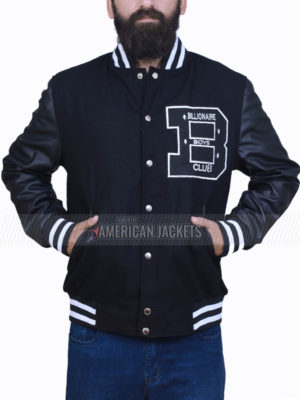 Did Someone Say Atom Cats?

After making money in millions, the Fallout 4 franchise is ready to get credit for the Fallout 4 Atom Cats Jacket as well! Unsure what’s the idea behind the word ” Atom Cats ”? Well, just to clarify, at least this does not refer to any fictional group of cats behind the innovation of nuclear warheads, lol. 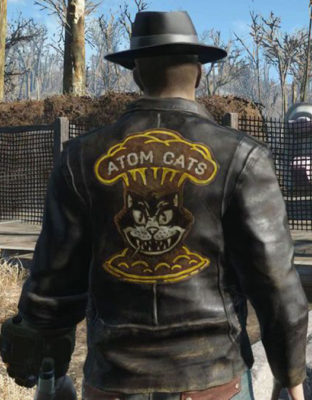 Being straight forward, I had no idea I would cover up Samurai from the videogame Cyberpunk 2077 since he is one of the most disliked characters to me. Anyways, I am not bothered at all! Coming towards the point, the red-faced patch at the back of the Cyberpunk 2077 V Samurai Leather Jacket makes it worth-adding in the list. 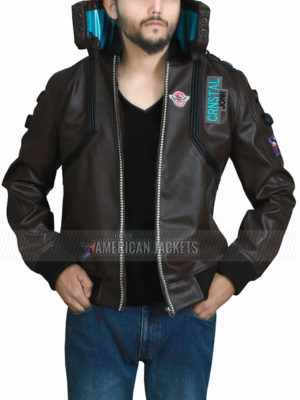 Here comes the last piece called The Warriors Moonrunners Silver Jacket with the back featuring an angry moon with a sword full of a star’s blood. Yeah, this does not make sense at all rather you might have burst out laughing nonstop. But what else can be assumed when the image says it all? 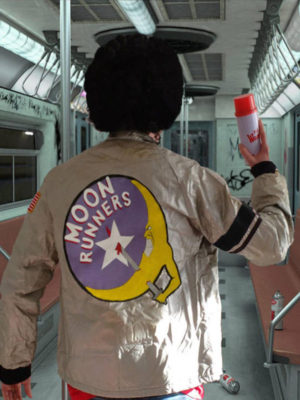 When picking up a jacket loaded do ensure to analyze the quality of the patch since a lot of ordinary outerwear feature not-so-good quality patches that last not more than a few months. You know once the patch is gone, the outerwear is going to be of no use for you.