Perhaps the most hectic thing about Halloween is invading the shopping mall and choosing something that does not contradict your likes and interest. Well, if you are an introvert just like most of the other lazy humans, then its much better to shop online for Halloween Jackets while saving much of your energy as well as preventing the time loss. Keep scrolling down If you are interested in making things easier or else you are welcome to skip. So, here are 4 fabulous superhero outerwears to double up the Halloween fun. 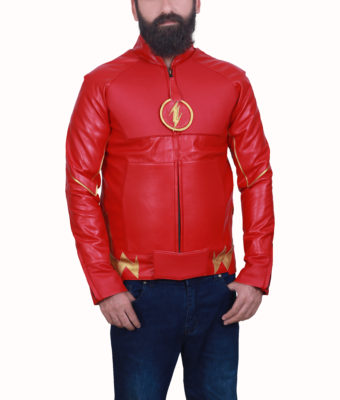 Its obviously nothing surprising to see the jacket, donned by the speedster or let’s say the fastest man in the universe, topping the list of recommendations. When it comes to running perhaps ten times faster than the supersonic speed, there is no other like Flash who can make your head swing while circulating around you. Influenced by the speedster, The Flash Barry Allen Red Leather Jacket is a leather-made product with a viscose layer to maintain comfort. You are unlikely to find any better outerwear than this one as it offers a range of features rather than just the trademark look of Flash. There is so much to offer by this jacket which includes, a couple of pockets inwards, round neck collar and zip-up closure for easy adjustment. 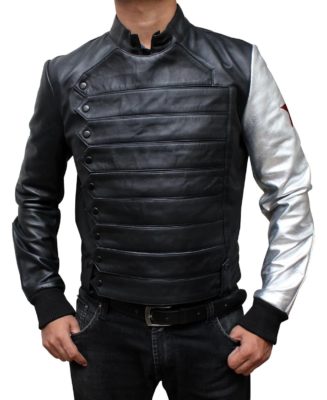 For Barnes, things were not as easy as other Marvel characters for sure. We understand the pain of Barnes for being neglected by Captain American in Endgame as Rogers stepped into the past leaving his old friend at the mercy of the cruel people. In solidarity with Barnes, you can wear the Bucky Barnes Leather Jacket at the costume party while raising your voice for the unheard man. In short, while others would be representing Cap, you will make sure Barnes’ presence does not go unnoticed in the party hall. 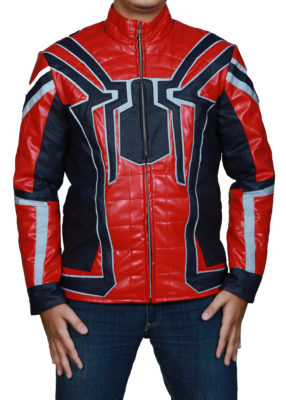 The youngest superhero from New York City is all about fun. There is no way you can beat him in trashing talking as this is what he is master at besides knocking off the aliens and creepy creatures. Check out the Avengers Infinity War Spiderman Armor Jacket which is made of leather material providing a unique range of features enough for your satisfaction. You can take the game to the next level by tutting on the said jacket and allowing yourself to give a much-needed representation to the guy who loves webbing the enemies.

The badass anti-villain figure needs your attention this Halloween. If you don’t find yourself interested in representing any of the above characters, you should be the Spiderman Venom Leather Jacket to give Venom a chance to survive against the ultra-powerful and popular Marvel characters. The masterly built outerwear is equipped with stand up collar, a couple of pockets inside, and zip-up closure for extreme comfort. Give yourself a chill pill and claim to be the biggest supporter of the unique yet one of the most dangerous Marvel characters.