Who is not aware of the name Marvel Studio. This is our belief that if you have been anyone who loves to consume American shows and movies. Then you knew something about them since this major franchise has been involved in the production of major superhero stuff. But this time, this production house has not come up with the movie. However, a tv series is there. So now you have some of the questions in your mind, so we can easily answer them for you. You gotta be curious about the genre, then don’t worry. Fiction, action, and thriller are the main elements of this show.

Thinking about why we have been talking a lot about this show, we have two reasons. The first reason is that Marvel Studios has produced this show, so this is the first amazing thing. Then, on the other hand, this stunning show has got some next-level styling game. If you have been thinking about what things you can get, then the Hawkeye Jacket & Coat Collection are the pieces that you should get. Things are going to be pretty exciting as we will give you the styling game with each piece. 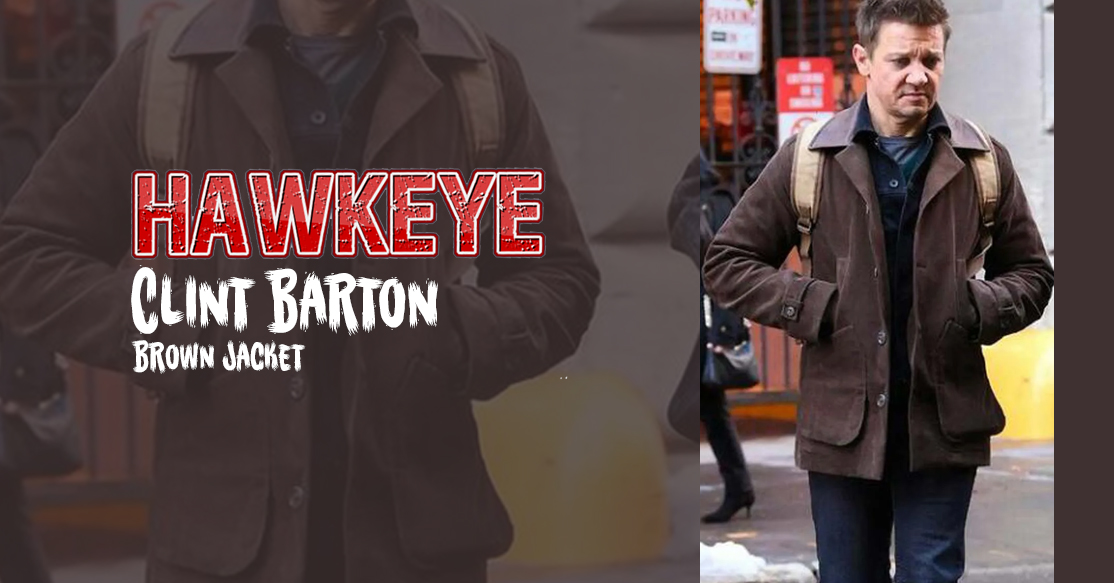 If you have been holding so many questions, then don’t, as we will answer them. So the major and the main person of this show is Clint Barton, aka The Hawkeye. What is the thing that makes him so important? The truth is that he has been the former agent of Avenger as well as Shield. This character is trying to get the help of Kate in order to fight his enemies from the past to have a better Christmas with his family.

The actor has done amazing acting, but at the same time, his styling is on point. To adopt his style, you need Clint Barton Hawkeye Brown Jacket. On the other hand, to style it, put on a denim button-down shirt and then white jeans. The combo is pretty different, but you need to wear it up to see the real magic. After that, to accelerate the level of attention, you have to add on this jacket. 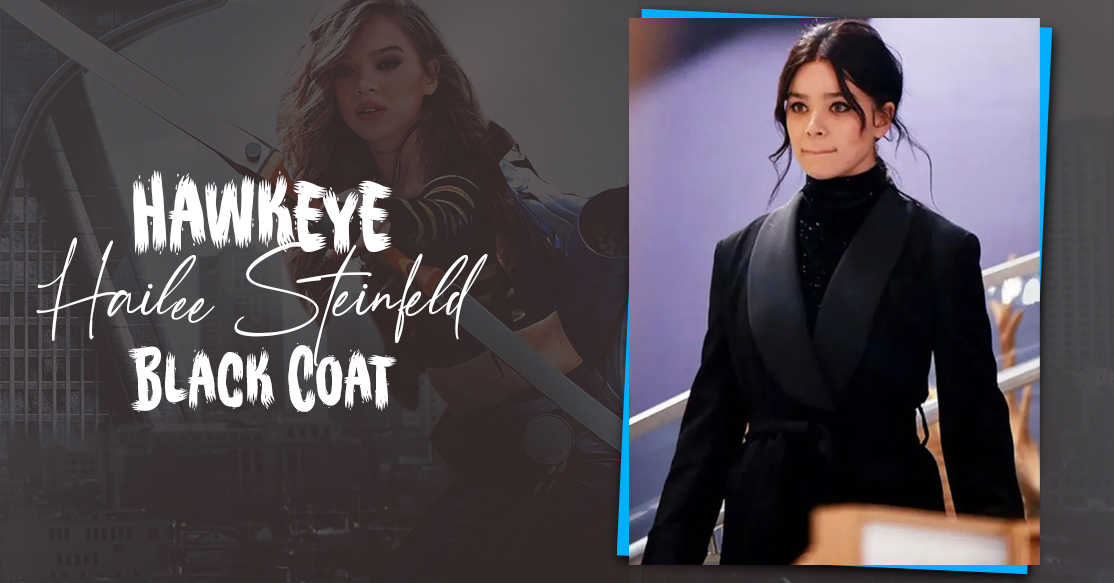 Wanna know the story of Kate Bishop, then here we go. A wealthy girl who has been a fangirl of Clint Barton. But at the same time, she has been quite obsessed with him. However, things took an amazing turn, and she learned some heroic skills through which she got the chance to fight with Clint against his enemies.

This girl has got an amazing styling game, as well as the acting, and is also super-duper. So if you have been thinking of getting something from her, then Hailee Steinfeld Hawkeye Kate Bishop Black Coat is the item. Don’t stress over the thing that you could style since we will tell you. To begin the style, you have to get three things. You know the first thing is the jacket, then others are here too. A blood-red high neck and then a pair of black jeans will look rocking. So put them up and then add this coat to the style.

If you have been the one who wants to see more female superhero characters, then trust us that this show is best for you. Since it has some of the major superhero characters, who are based on females. Maya Lopez, aka Echo, is another superhero girl with some unique powers. She has an amazing potential that she could mimic the act of her enemy, which is quite beneficial for her. Wanna know another amazing fact? She has been the second deaf character in the Marvel shows.

Like other characters, she has some next-level styling. So the major thing that you can get through her collection is the Alaqua Cox Hawkeye Echo Black Leather Jacket. How to style the answer is simple. Put on a white high neck sweater rather than skinny black jeans. To create the style, you need to style these pieces. After this, you need to include the main element of this jacket.

If you have been thinking about the family of Clint Barton, then we have the answer for you. Lila Barton is the only daughter of the main character Hawkeye. We know that you think whether she has powers like her father. This is the thing that you will learn from the movie, but this girl is pretty extra.

Thinking to captivate her styling game, then Lila Barton Hawkeye Ava Russo Brown Wool Coat is here. This is the item that will bring a drastic change to your closet. To style it, just a beige sweater and then blue denim is going to be incredible for you. Put these apparels on and then add this stunning coat. 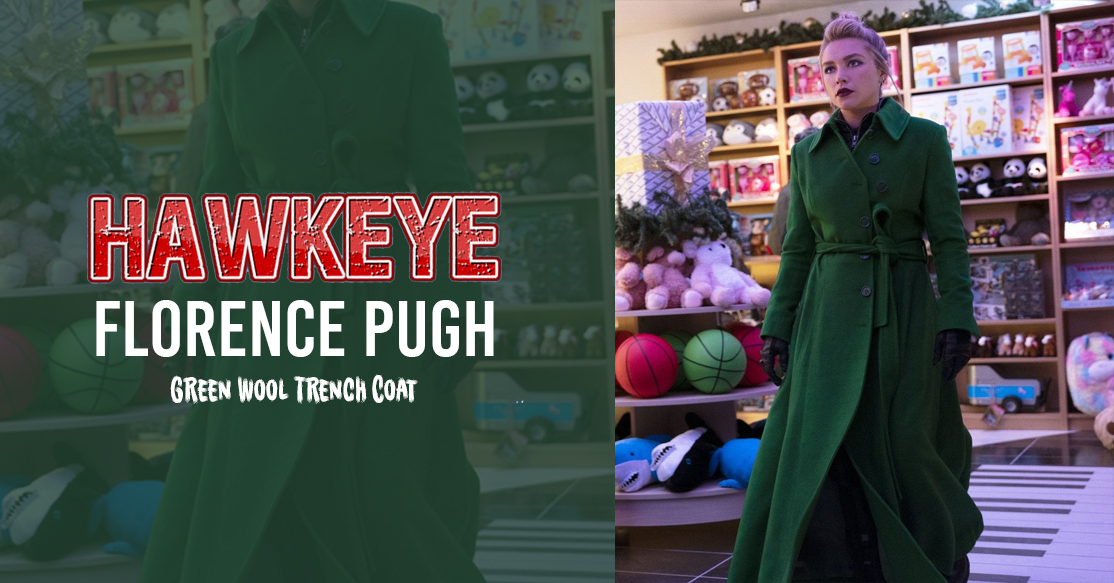 Black Widow is another powerful girl boss of this show. She has been working for a Russian military program. But now, she has been given the task to take down Clint since she has been manipulated that he has killed her sister. Sounds pretty interesting, yeah, so watch this as soon as possible.

If you have been wondering what to get, then Hawkeye Florence Pugh Green Wool Trench Coat is the one, yeah. Your styling is going to be superb through this piece. To start the style, just put on a brown turtleneck sweater and then grey denim jeans. Wear them up, and then incorporate the coat with it.

The Interesting Character Of Kazi

Now let’s talk about the most interesting character of the show. Maya Lopez is the boss of this character. The viewers have thought that the character of Kazi is the adaptation of Kazimierz Kazimierczak.

There are so many things that you can get from his collection. But if you think that what we can suggest to you, then it is simple to get a Hawkeye Fra Fee Brown Cotton Trench Coat. Grab the basic pieces like a white tee and then black jeans. Wear them and style them with this trench coat. The classic look is ready for you.

In the end, we just want to say that go for the things that we have suggested to you as all these pieces are pretty stylish. If you have been thinking about how little things can bring change to your styling game. Then there is nothing to worry about as here we have explained to you how a series can be used for the alleviation of styling.