Halloween isn’t just about going out and having fun with your friends and family members, but rather it has turned into a festival which allows you to showcase your favorite character from a random film, novel or fairytale by donning the costume associated with the figure. It used to be a special day to pay tribute to the departed souls in the medieval era, however, with the beginning of the 20th century, things have got changed as Halloween’s importance has been restricted to the entertainment-related activities only. Every year the celebrants come up donning the previously tried costumes in order to give the much-needed representation to their favorite characters especially from the comics.

However, a considerable segment of society plans to bring a change to their options by replacing the last year’s character with a new one. If you are from the group of change bringers, undisputedly, a lot may have been going through your mind right now regarding the portrayal of a new figure. Worry not as you are not alone, countless of the celebrators scattered all around the world go through the same situation and struggle to find a great figure every single year. Not to mention, many of them end up picking up something they were not supposed to and that too only because they were too confused to think of a better replacement. 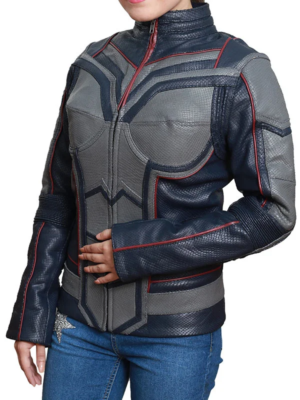 Keep that in your tiny mind that you are not gonna be unnoticed while the Halloween celebration is in full swing. The reason is quite obvious, wearing the Ant-Man And The Wasp Evangeline Lilly Leather Jacket will definitely save your day. Inspired by The Wasp, a meta-human character in Marvel Cinematic Universe appeared alongside Ant-Man, this superhero outerwear will prove to be crushing response by you to the ones imposing a challenge upon you. Appearing as Hope Van Dyne sounds to be an exciting day except your inability to reduce yourself to the size of an insect, lol. Let’s not exclude a rare possibility of other participants playing The Wasp, but your presence will be absolutely worth-noting as you will be wearing a jacket instead of a costume which is something pretty different than to follow the decades-old trend. 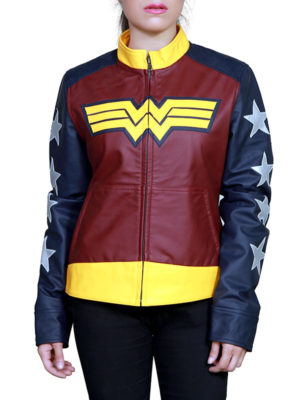 If you want to maintain a fashionable appearance while acting like a superhero, nothing can fit your imaginations better than the Justice League Gal Gadot Wonder Woman Brown Jacket. Maintaining stardom while adopting casual fashion is not a pretty big deal for Wonder Woman. She prefers brown over black indicating she has her own taste of fashion which differs from the rest of the superheroes in the DC Extended Universe. The iconic figure of Wonder Woman lets us believe women aren’t powerless and that underestimating one may prove to be fatal. Just visualize yourself walking into the party hall with that masterpiece covering your body while you collect admiration from the attendees. All this sounds to be incredibly amazing, no?