We have seen a rise in the number of adventure movies in the last five years with Jumanji being on the top. The adventure genre movies have done quite on the box office while giving a tough time to the other running shows on the big screen. One other entertaining film for the adventure theme loving fans is Descendent 3 which is the third installment to the Descendants series. As the first sequel was a mega-hit reaching to the audience of around 9 million alone in the U.S. the massive success and fame already paved the way for the popularity of the third installment which ultimately has put a full stop to the franchise. Unsure whether or not there will be a revival to the series, the last part broke all the previous records for the franchise with the majority of the most popular Descendants Series Outfits being directly associated with it. 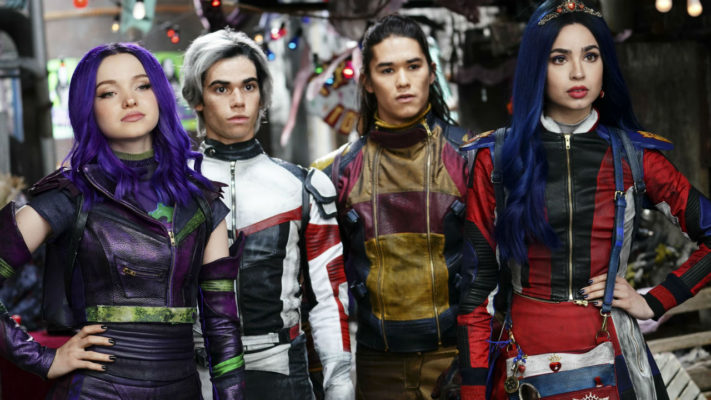 Written by Sara Parriott and Josann McGibbon, Kenny Ortega’s Descendents 3 revolves around the risks concerning the lives of the four individuals namely Mal, Evie, Carlos, and Jay. After the four return to the isle to get a new identity as villainous characters called the villains kids or VKs, they aim to retake the Auradon from the evil forces. Since the film is filled with adventure, they have to go through a number of stages to wipe out the evil forces and claim the victory.

When the barrier is open between the two worlds, Hades, the god of the underworld makes an attempt to escape only to be confronted by Mal who defeats him in the form of a giant dragon. However, this does not end up everything automatically, the game has just begun for the VKs. Ben proposing Mal affects Audrey’s desires as she was willing to be the long term partner of the king of Auradon while being treated as the crowned queen. As things have changed quite a bit for Audrey, she imposes a war upon Mal to take revenge for being unable to marry Ben.

Turned into an old hag in an attack by Audrey with the help of Malificent’s Sceptre, Mal and the new VKs ultimately find a way to restore her in the original form by stepping into the Isle after acquiring Hades’ ember which is supposed to be the only enough powerful object to undo the curse. Aiming to avenge the insult, Audrey does not stop here and disrupts everything in the kingdom of Auradon. From attacking Jane’s birthday party to making Chad join her, Audrey dominates the kingdom and makes a condition that she will undo everything only if Ben agrees to marry her instead of Mal.

While Ben ends up refusing Audrey’s offer, she turns him into a beast and every single subject of the kingdom into stone. Mal takes the charge of the VKs and launches a retaliatory response to free the kingdom from Audrey’s curse and restore peace but this does not prove to be as easy. She and all other VKs have to face off the animated armor suits and defeat them quite easily. The dramatic adventure film does not end here but rather shows VKs restoring Ben with the help of the lake water. After overcoming Audrey in the final battle, Mal and the rest of the VKs decide to get Hades’ assistance to restore Audrey with the help of Ember which is sent by Ben. Now the kingdom experiences stability and peace whereas the villain kids make up a plan to go back where they came from. Audrey is forgiven by Hades and the Kingdom for the evil acts she committed and Mal and Ben are united as an official couple. The story reaches to an end as the four kids go back to their world by the bridge created by Mal after removing the barrier.