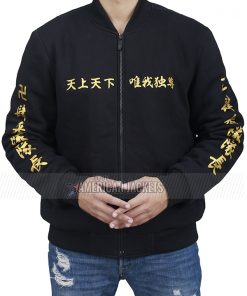 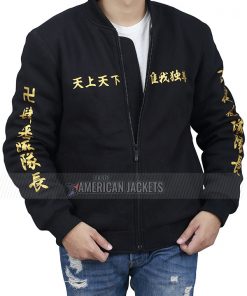 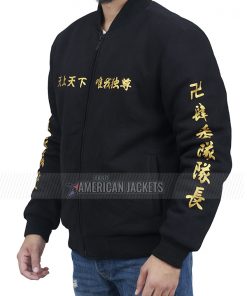 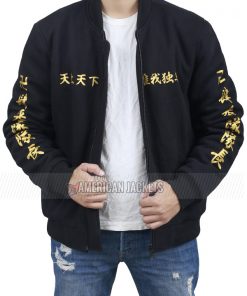 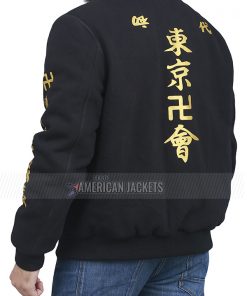 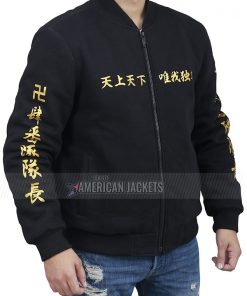 BLACK FRIDAY SALE - Get Extra $20 Discount on All Orders

Tokyo revengers is a Japanese manga series. This is a Japanese comic series that is popular among people because of its storyline. The illustration of the clothes in this comic series also attracts many people. The Ken Wakui followed the traditional clothing of the Japanese in the comic. By the inspiration of this comic, we are presenting the prettiest Anime Series Tokyo Revengers Jacket which is the most sophisticated piece which an elegant design over it.

This iconic jacket is made up of Fleece fabric which looks good. The inner of Tokyo Revengers Bomber Jacket is made of viscose fabric which keeps you warm and cozy. It has a silver zipper closure which gives it a glorified look. The ribbed knit collar makes it look casual and simple. The Japanese writing design is on the chest which makes it unique. It has rib knitted cuffs. The classic black jacket has two inside and two outside pockets.

What is the meaning of the manji symbol in Tokyo Revengers?

The manji symbol represents peace and prosperity. It is the symbol of good things and good luck.

What text has been written on Toman’s uniform in Tokyo Revenger?

Tenjou Tenge Yuiga Dokuson is the text that is written on Toman’s uniform.

What is written on Mickey’s jacket?

Run Hard Manji Gang Of Fools are the words that are written on the jacket of Mickey.

What types of jackets does Mickey wear?

Mickey wears a bomber jacket that has a stunning black color.

You have so many options but in order to get the Mikey style, you need to follow the basic look.