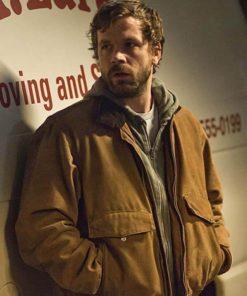 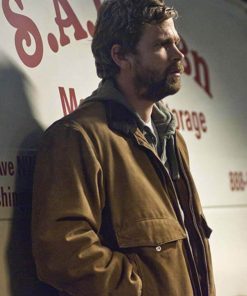 Nobody can rock a stylish jacket as greatly as the super hot American actor Brendan Sexton. The major inspiration behind the origin of Belko Royce The Killing Jacket, Sexton has appeared as a bold man in the television series The Killing. Since he has acted as Belko Royce, he has appeared to be better than his co-actors. If you are fond of following his style, you are supposed to pick up at least one item from his outfit and this could be the real deal.

The Killing Brendan Sexton Brown Jacket is another zipper-supported outerwear that comes with a shirt style collar and a bunch of exciting features. If you pair up this cool outerwear with your favorite accessory, you are unlikely to be confronted by the underrated rivals of yours.