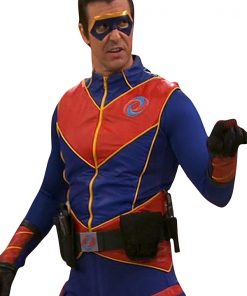 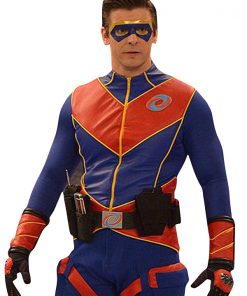 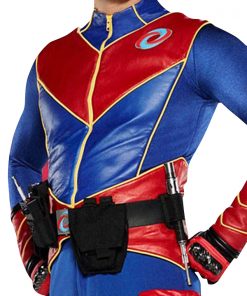 A complete look of costume that is inspired by your favorite superhero character. This is something not easily found, and people would fight over one such costume jacket that would look trendy and make you look youthful rather than childish. This one is chunky with lots of hues going on, but it also has style and the fashion statement you are going to set after wearing this Captain Man Henry Danger Jacket. This would totally change the image of your personality in front of people.

This chic and trendy jacket is made up of Faux leather. However, you can also get it in fleece fabric too. It is your own choice which one you want to choose. The inner lining is made up of viscose material and has the best durability. You can have this zipper closure at the front that helps to give you a trimmed look. Also, this Captain Man Henry Danger Costume Jacket has an erect collar that gives out the trendy vibes all over and the confidence magnified.