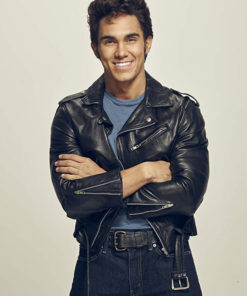 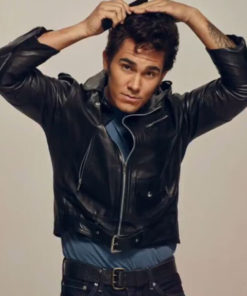 Gone are the days when classic motorcycle jackets were only used by the bikers. As the trend is changing, general fashionistas are also opting for pieces like the Kenickie Grease Live Jacket for the utmost satisfaction of their taste. Inspired by Carlos PenaVega’s outfit in the 2016 musical/romance film Grease: Live, this zippered supported top allows you to get rid of the old layers in a move to update your fashion policy.

While Carlos PenaVega’s character has brought us a lot more than just the Grease Live Carlos PenaVega Jacket in Grease: Live since this black layer topped the list of the items it became a part of our outerwear collection without any major reason. Thanks to the leather made exterior, you are unlikely to be annoyed by the cold winds in the snowy season.