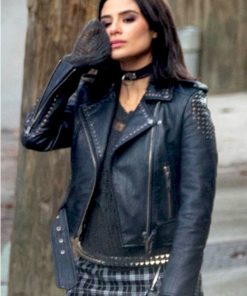 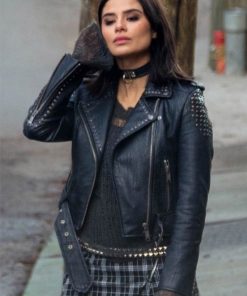 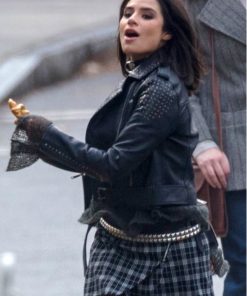 As previously stated, the Crazy Jane Doom Patrol Diane Guerrero Leather Jacket is a reproduction of Crazy Jane’s jacket from the Doom Patrol TV series. Crazy Jane resides at the Doom Manor alongside Rita, Larry, and Cliff in the series. She pursues Morden into the Cortex, but Niles’ Donkey spits her out. Vic activates one of Jane’s aggressive personas during interrogation, and she assaults him and Cliff. Von Fuchs is then killed by one of Jane’s personas. She and Cliff then venture inside the Lost City of Nurnheim. She also assisted the Professor in the creation of a Cult in the past. Jane was portrayed by Diane Guerrero.

This Diane Guerrero Biker Jacket is made of augmented leather and has an inner sewn viscose lining for added comfort. Its features include a peak lapel collar with recessed studs, shoulder straps, zippered cuffs, an adjustable waist belt, and a front asymmetrical zip closure; nonetheless, the jacket also has several zippered pockets on its front. 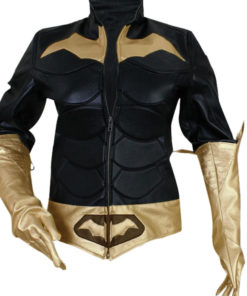 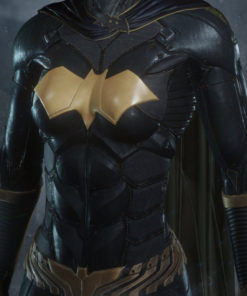 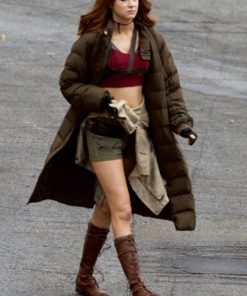 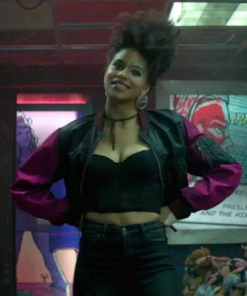 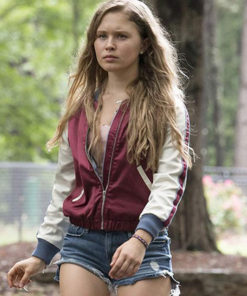