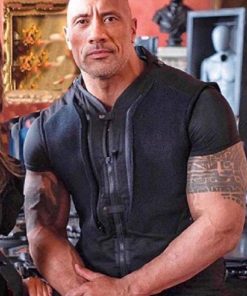 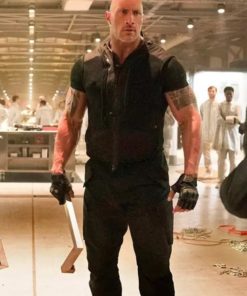 CYBER MONDAY SALE - Get Extra $20 Discount on All Orders

Hobbs and Shaw is the spin-off of Fast and Furious franchise staring Dwayne Johson and Jason Statham. The charismatic persona of Dwayne Johnson always put in the forefront. An outfit of a similar quality is being presented to you in the shape of the Luke Hobbs Black Vest, spotted in the Hobbs & Shaw film.

The cotton fabric is utilized for the Hobbs and Shaw Luke Hobbs Vest. The trap design is a great touch for an attractively crisp look and makes the black vest look much better. There is a zip-up fastening for the front with straps closure over it. Two pockets on the outside will give you enough space to keep your belongings.