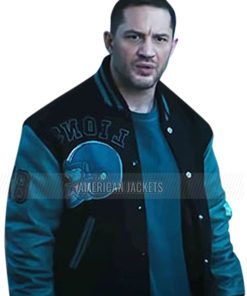 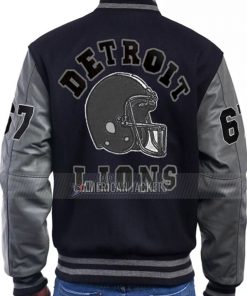 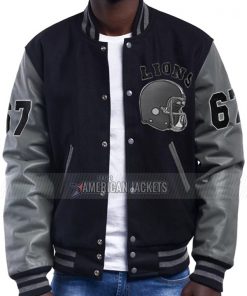 CYBER MONDAY SALE - Get Extra $20 Discount on All Orders

Everyone loves the varsity outer layers right, don’t know about the creature of Klyntar, but our human friend Eddie Brook surely does like ’em as he was seen in one of them in the early looks of the upcoming sequel from the franchise. Since it has been on the internet, this Eddie Brock Venom 2 Detroit Lions Jacket instantly became one of the most talked-about topics of the film, especially among the fashion communities. The casual and easy look of it has caused such a buzz in the fashion industry, making it on the list of Tom’s best-featured looks ever.

The Eddie Brock Vintage Detroit Lions Jacket is made up of fleece fabric along with the soft and comfy viscose inner lining making it the best lightweight piece of attire to have in your wardrobe to make you look astonishing like never before and be the fashion icon of your social circle while wearing it.

Why has venom worn a Detroit Lions jacket?

According to Tom Hardy, the Detroit Lions jacket is the most bootlegged piece. This is the reason he has worn this piece in the movie.

What is the relation between Detroit and venom?

Tom Hardy who acted as Venom has worn a Detroit Lions jacket in the movie.  This is the connection between venom and Detroit.

What piece Tom Hardy has worn in Venom?

Basically, venom has worn a Detroit Lions jacket. This is an alluring black fleece-based jacket that is warm and stylish.

Who has the 67 number in Detroit Lions?

Meet Nelson who is the player of the Detroit Lions and has worn the 67-number jacket. On the other hand, Venom has also slayed this piece in the movie.