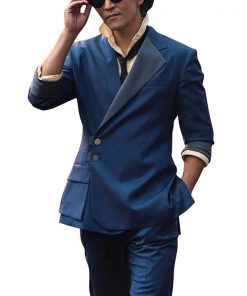 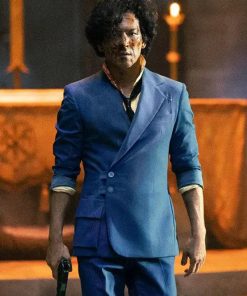 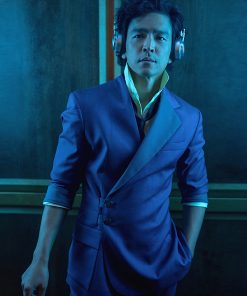 Cowboy Bepop is a late 1900s animated series that took the early 2000s with a storm. With quirky tricks and surprisingly funny elements, Cowboy Bebop has earned a live adaptation! It was a long-awaited reward for everyone to have a real-life adaptation of the series. This blue suit is easily the next best thing for fashion-forward people! So when fans laid eyes on the John Cho Cowboy Bebop Blue Suit for the first time, they fell in love. Spike looks the epitome of masculinity in this attire!

Spike Spiegel is the modern-day robin hood. He works with the right morals and right people. His Cowboy Bebop Spike Spiegel Suit is made out of top-quality suiting fabric, with the inside made out of viscose. The blazer of the suit comes with matching pants. The blazer has a buttoned closure followed by a lapel-style collar. It has buttoned cuffs too. It has two pockets on the outside and two on the inside for carrying essentials.