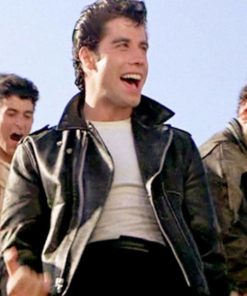 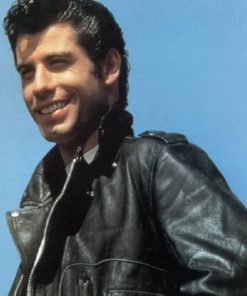 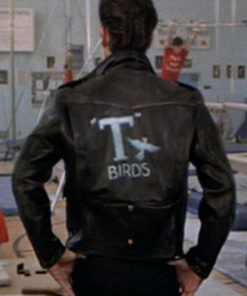 Grease is the most respected movie from the musical and romance genre since 1978, starring John Travolta as Danny, Olivia Newton-John as Sandy. It was successful both critically and commercially becoming the highest-grossing musical film ever at the time, getting the fashion inspiration from the movie is a fabulous choice as it maintains a classic vintage vibe to it. John Travolta Grease Danny T-Bird jacket is the most admired attire from the film and fashion industry,

The chic-looking attire caught the eyes of thousands of spectators throughout the film. The outfit is made up of real leather along with the inner viscose lining making it a must-have attire in your wardrobe. The jacket features a lapel style collar along with the zipper closure adds the perk of the attire perfect choice to be the outer-layer of your casual getup.