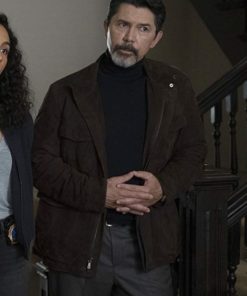 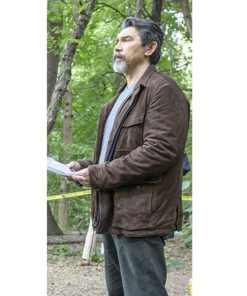 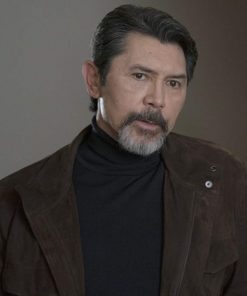 Lou Diamond Phillips is one of the best actors and appeared in a number of series and movies and protagonist in the most, despite his fabulous performances, one of the main reason for his such a huge fan following is his taste of style, he always has an attire of an event or easy goings and make a huge buzz in the fashion industry. Just like his appearance in the well-known crime series “Prodigal Son” he seems in a jacket that is admired by the spectators throughout the show which is Lou Diamond Phillips Prodigal Son Gil Arroyo suede leather jacket.

The outfit is made up of high-quality suede leather giving the attire a classic attitude, the interior is designed with viscose lining to enhance the durability of the jacket. The outwear features a simple rounded snap-tab collar along with the zipper front closure adding the perks of the attire. The brown-colored outwear always instantly boost up your chic vogue of your over-all appearance.