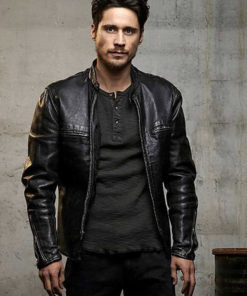 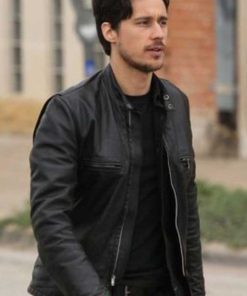 Peter Gadiot is of Dutch and Mexican descent, but he was born in the U.K. He made his acting debut in the year 2010 and has worked in several tv shows since then. He plays the role of James Valdez in the T.V. series The Queen of South, which is about crime. The James Valdez Queen Of The South Peter Gadiot Black Leather Jacket deserves special praise because of its sleek design and comfortable nature. The jacket was worn by him in the T.V. series, so it’s surely gonna give you those special celebrity vibes. Plus, it’s one of the most versatile jackets that have ever been produced. It can be paired up with a buttoned shirt, t-shirt with jeans, or trousers below.

The Peter Gadiot Black Leather Jacket is made out of real leather with an inner lining of viscose. It has a zipper closure on the front with a snap tab collar. It is black in color with zipper cuffs. This splendid jacket has a total of six pockets, out of which four are outside, and two are situated inside the jacket.