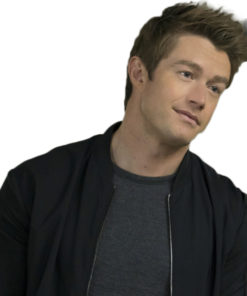 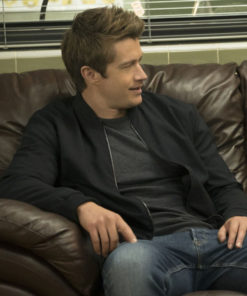 Long-running supernatural crime drama series, iZombie made us witness some outstanding outfits to get cool inspirations from. It has a star-studded cast including the stunning American heartthrob and actor, Robert Buckley who will leave you mesmerized with the exceptional performance in the series. His role as Major Lilywhite is not one to easily miss. Robert is seen wearing this dapper and smart Major Lillywhite Tv Series iZombie Black Bomber Jacket quite a few times which has sparked the interest of his followers!

An ideal match for your decent personality, this iconic apparel is a must-have for fall and winters. The tremendous Robert Buckley Worn Black Bomber Jacket in Tv Series iZombie offers a smooth texture and comfort which makes it a jackpot investment for a very long time!