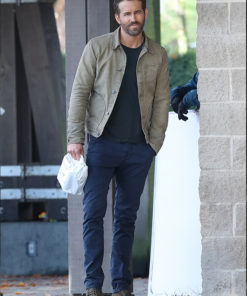 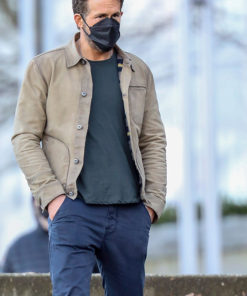 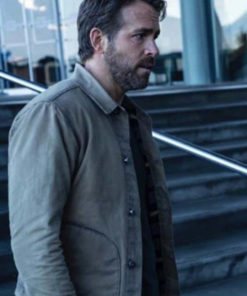 Flamboyant, lively, and funny, Ryan Reynolds is capable of nailing any role he is given in the industry. He is one of the most admired actors out there, not just in this country but all over the world. He stars in the film The Adam Project, which hasn’t been released yet but looks exciting as any film released. In the film, he wears The Adam Project Ryan Reynolds Cotton Jacket, which is one of the most versatile jackets produced by anyone up to date. It’s simple and sober, sophisticated and classy. You’re gonna be loved and be the center of attention with this jacket on. So if YOU want to be in the shoes of Ryan Reynolds, then have no mercy on the ADD TO CART button!

The Ryan Reynolds Jacket’s out material is cotton, while the inner material is viscose. It has a shirt-style collar and a zipper closure on the front. It has buttoned cuffs and three pockets outside and two inside.