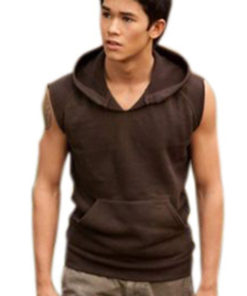 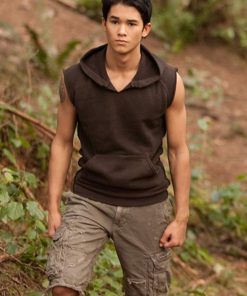 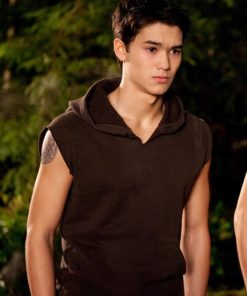 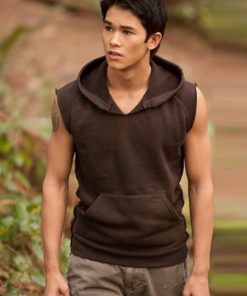 Booboo Stewart is one of the youngest with the huge fan following and the most beloved American Actor. The audience from the Twilight franchise noticed him where he was a werewolf in The Twilight Saga, and since then he’s such a beloved actor. Booboo Stewart is also known as the teenage fashion icon all over the globe for such an owner of a huge fans base he knows how to make an impression on the fashion industry despite his off-screen fashion an outfit in particular from The Twilight Saga Breaking Dawn Seth Booboo Stewart Hooded caught the eye of thousands

The outfit is made up of high-quality fleece and the sleeveless design gives a macho look to the attire, the outwear features two pockets at waist. The attire is a sum of a fabulous choice to must-have attire for the summers and the casual wear. Get yours today from Just American jackets at an affordable price! 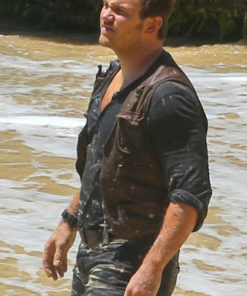 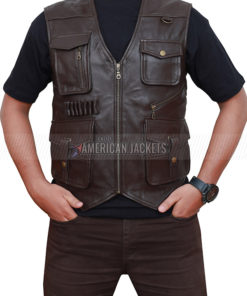 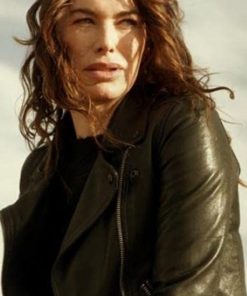