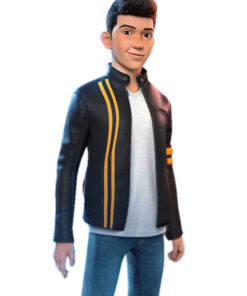 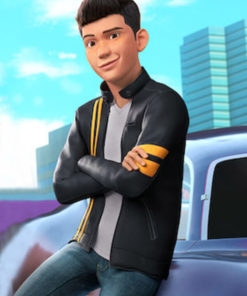 The American animated TV show Fast & Furious Spy Racers released recently and instantly gained fame among the kids and adults both. F&F Spy Racers Tony Toretto Jacket is an inspired garment from the main protagonist of the series. It has useful casual features and amazing quality, which could be used to recreate the character’s appearance or worn with routine outfits.

The jacket is made with high-quality leather having a viscose lining inside to make it cozy and wearable. The outerwear comes in black color with yellow stripe details over it. The front is adorned with zipper closure and a smart erect style snap-tab collar. Tony Toretto F&F Spy Racers Leather Jacket offers simple full sleeves with open hem cuffs and two zipper pockets at waist and two inside.