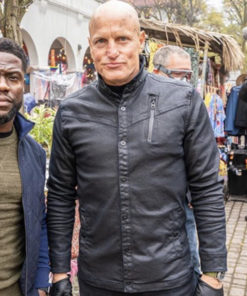 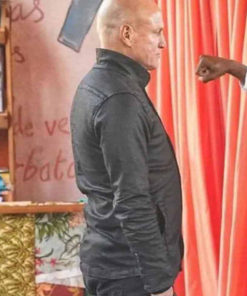 The Man from Toronto Wally Jacket

The Man from Toronto is a dark comedy movie. The story revolves around so much action and thriller making fans jump out of the couch! The movie is named after the assassin in the movie that is The Man from Toronto. The critics and fans are in awe of how amazing the story plot is. The main character is played by Woody Harrelson. He is giving us some major styling goals in the movie with his rough and tough looks in leather jacket. Now fans can also have the same sass by getting their hands on Woody Harrelson Jacket.

Doing a debate about the attractiveness of leather jackets is pointless for sure, Whatever would be the trend I can bet you that leather jackets are going to stick around for a-very-long-time .Woody Harrelson The Man from Toronto Black Leather Jacket is made up of excellent quality premium leather with cozy soft viscose lining making the piece your most chic one!