The fashion followed by celebrities leaves a great impact on their fans. It makes their fans frustrated to go for similar looks and follow the footsteps of their favorite celebrity. This is being one of the biggest reasons celebrities often think a lot of their outfit and getting dressed well as what they wear will be copied by the fans turning it into a trend. Following are some extremely fascinating jackets donned by various celebrities on different occasions.

Justin Bieber’s Fashion at its Peak 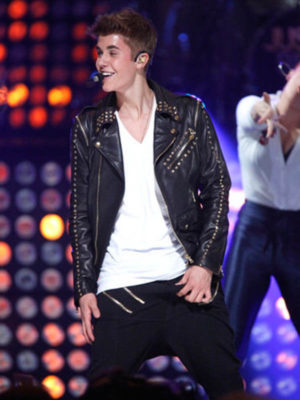 The Canadian pop icon Justin Bieber has one of the world’s most heard voices. Besides a mesmerizing voice enough good to impress the teenage fans, the pop singer is always pretty famous for maintaining a stylish appearance. The All Around The World Song Justin Bieber Jacket is a real example of his interests in fashion. With the lapel style collar outerwear with an angled zipper pocket at the right corner of the chest, it is one of the most praised outerwear worn by Justin Bieber during a concert.

Ever since her appearance in the Harry Potter as Hermione Granger, Watson is like the super crush of the 90’s kids. This innocent, intelligent and independent girl has achieved so many titles at a very young age but one thing she carried all this long, her fashion. The style she always rocks is appealing which makes the jaws drop of everyone in an event she’s attending or at a party. The best thing about her style that if you try to rearchitect her looks you will find it way easier than others as he likes to keep it simple but sleek looking. Not like other fashionistas following the trend rather she is the trendsetter. 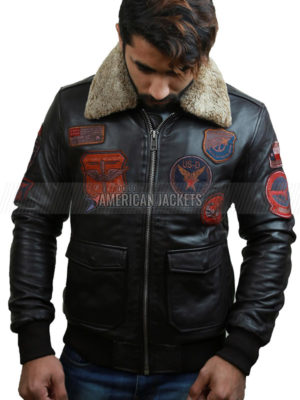 Once America’s most handsome man, Tom Cruise is sure to stun the fans in the Top Gun sequel as a trainer at the Top Gun school. However, this does not mean we are gonna see him in another equally dashing outerwear as the New Top Gun Bomber Brown Flight Leather Jacket. The remastered version of this three-decades-old jacket is way better than most of the trendy outerwear’s available online. Since it is a bomber jacket, you just can be able to take your eyes off it at any cost. equipped with fur collar, it offers embroidered patches of the U.S military all over the front part. 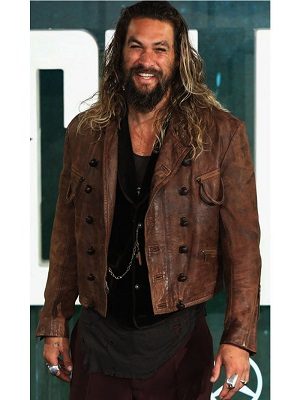 Unlike the majority of the fashionistas, Jason Mamoa is one of the bearded men who don’t follow the trend rather be the trendsetters. The immensely voguish Justice League Aquaman Brown Leather Jacket is another fine example of Mamo’s great choice of fashion. Made of real leather, this piece offers a couple of ultra-luxurious flapped pockets and loop buttoned closure.
It is good outerwear to give a try when the odds are against you and you run out of the ideas to build a Fabulous outfit. 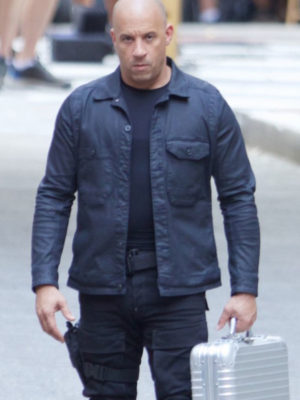 Vin Diesel, the mechanic, the fastest one, the outlaw, the badass one or just Dominic Toretto, among all of his franchises that he work for The Fast and the Furious is the most stand out and has the enormous fan to it. Vin Diesel has always known for his attitude in every persona he ever performed. The best thing about Vin is that he is forever trendsetter, it doesn’t matter that its a trend or anything instead whenever we see him on the big picture he always rocks the outfits that truly justify the personality of the character, saying that, let’s take an example from the latest spin-off film of the title “The Fate of The Furious” the outwear he rocked which was Dominic Toretto Fast & The Furious 8 Vin Diesel Black Jacket, is outrageous. It’s not only this one but from every movie or franchise he worked for wore something different which makes his character look more prominent and more attractive and that’s the keynote of his enormous fan base. 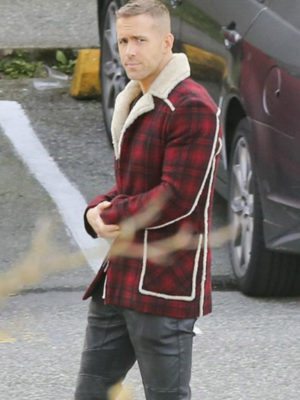 Stepping into the Marvel Cinematic Universe as Deadpool, Ryan Reynolds has offered a lot to the fans besides action and thrill. The Ryan Reynolds Red Deadpool Cotton Jacket reminds us of the adventurous guy whose first entry in the Marvel Cinematic World has left the fans speechless. It is very rare to see a superhero wearing a highly casual jacket that too in a confident manner. Stay in the game, respond to the rivals and don’t compromise on your appearance.

Ben Affleck in a Green Jacket 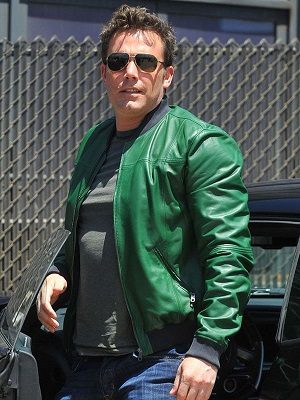 You just can’t think of any other Hollywood actor playing Batman as good as Ben Affleck. The millionaire man knows the art of entertaining the fans like no other. Furthermore, the way he dresses and builds his outfit is beyond remarkable and excellent. The latest trendy outerwear inspired by Affleck is the Ben Affleck Green Bomber Leather Jacket which makes him look like a better fashionista than Robert Downey, Jr. Check out the specifications list and see if it meets up your interests. 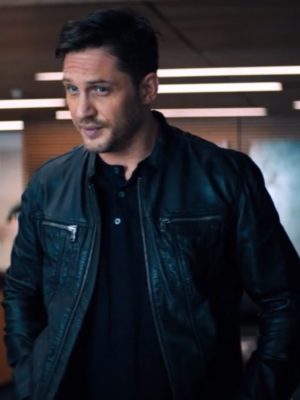 Tom Hardy is one of the Celebs that is more famous for his remarkable fashion, appreciating his skill would be totally wrong and disrespectful as he has named a number of titles in many nominations. The most stand out character he ever performed formed is from Venom, where he’s an investigative reporter working for the Daily Bugle but later on fire due to his unethical action while having an interview with the CEO of Life Foundation. The outfits from the film got a lot of attention and one of the most stands out one is the Eddie Brock Venom Tom Hardy Black Leather Jacket. Tom Hardy is one of the real trendsetters in the celebrity’s community and always a step ahead of everyone.