After the first-ever show of End Game hits the big screen. Black Widow has become the most beloved character of Marvel Cinematic Universe (MCU). You might be one of the haters of Red Room but appreciate it at the same time for training Natasha as Black Widow. Then we have got you the top ten alternative versions and Black Widow Jackets from the comic books. So you can have the looks exactly of her, the one you like, and matches your personality perfectly. So without further adieu, let’s get on to the list. 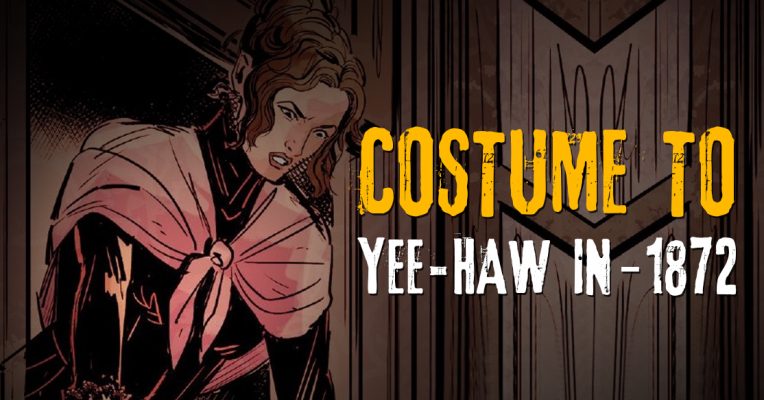 Now divert your attention to the remaining two reimagined versions of 1872. They were linked with each other. And as if that was not enough, the linked versions from 1872 have recently been connected to the 2015 version as well. In this amalgamation of 1872 and 2015, Secret Wars issue #76 Natasha was used to destroy the current timeline. This would lead to reconstruction and incorporation of the elements from the now eradicated universes like the Ultimate Verse into the main one without complications. The comics need to refresh their cannon every so often.

In this universe that in 1872 Natasha exists in the Old West as the town of Timely. In this world, she gets happily ever after with Bucky Barnes. This was during the whole Warzones thing. Basically, imagine a bunch of Marvel characters but an old-timey Western setting featuring Sheriff Rogers. Now, this costume is going to be perfect for all the cowgirls/cowboys out there. This Black Widow costume has all the scarves, boots, hats, and gun belts that you can easily wear this Halloween. 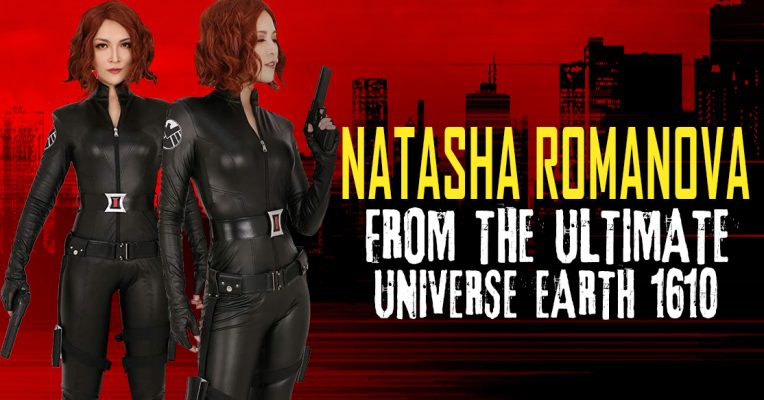 The Ultimate Verse lasted from the years 2000 to 2015, where it was destroyed during Secret Wars. With only a few characters surviving and joining the main verse, such as Miles Morales. This Black Widow is a member of the Ultimates, which is the Ultimate universe’s Avengers. She also has a scandal with Tony Stark that really doesn’t matter at all. Well, it kind of does, since Tony falls for her anyway. Actually. It was a big plot point for a bit. Like Quicksilver and Scarlet Witch being in an incestuous relationship, just why?

Romanova is a former KGB spy with the codename Black Widow because she killed all her past husbands who marry her. She ends up betraying the Ultimate and is killed by Hawkeye for her part in the death of his family. She was hard to kill, too, because Stark had infused her with nanites. Later in this continuity, Jessica Drew aka spider woman becomes the new black widow. 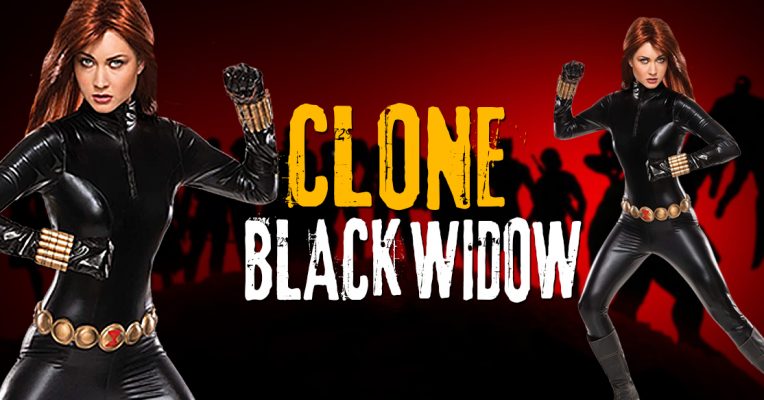 This is a clone of the original Black Widow from the main Marvel-verse. It was revealed that during Natasha’s time in the Red Room, she had been cloned several times. Kind of like an insurance policy. This one illustrious clone climbed the ranks of the Red Room but ultimately turned on her makers after the memories of the original Natasha were implanted in her mind. This caused her to become a double agent, and she ultimately killed her makers and escaped. She then took on the name Natasha Romanov and left a note for Hawkeye to stop following her and for the Winter Soldier to join her. Because ultimately, in this linked version of 1872 and 2015, Black Widow died in the Secret Wars. 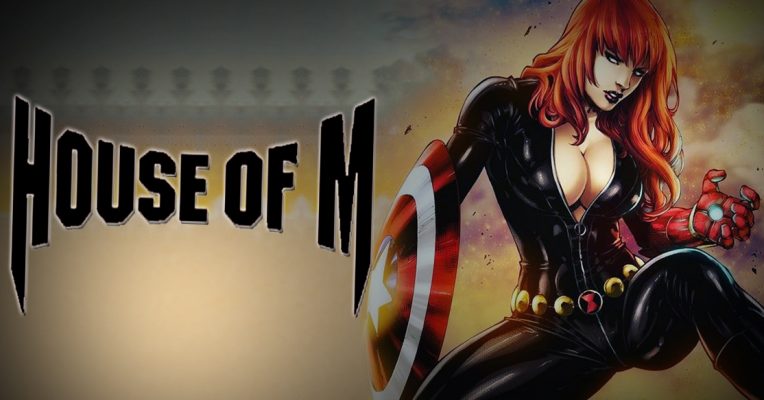 During the House of M story arc, the famous Scarlet Witch is again shoved into an alternate timeline. This was created after her mind snapped because she learned that her children with Vision weren’t children. Instead, she learned she created them with her reality-warping power. She was driven out of a profound desire to have children with Vision (who’s an Android). After discovering all of this. She created the House of M universe, a world where mutants thrived, and humans were the underclass. In this universe, Natasha is a member of the Soviet super-soldiers and later becomes a part of Shang Chi’s Red Dragons. No timeline is going to stop Black Widow from kicking butt and taking names. Now, the costume from this may look the same as in the MCU’s Black Widow jackets collection, but there are a few different characteristics to it. 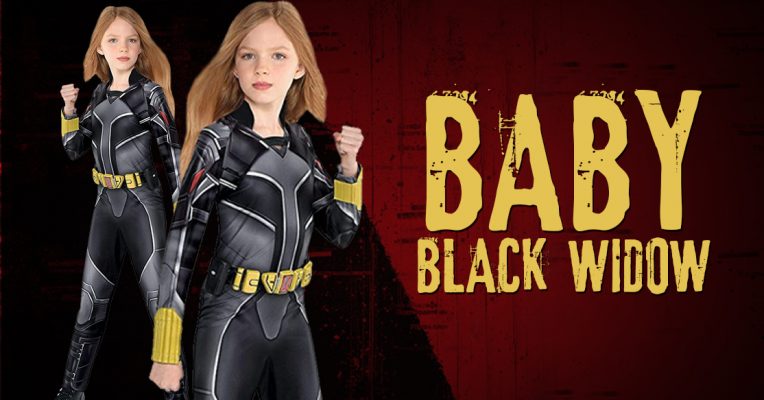 From Z babies versus A babies are rather A babies versus Z babies. So this is exactly what you think it is; all the characters but as babies. This was quite a popular trend in the late 80s and early 90s, Muppet Babies, Tiny Toons, etc. And every now and again, it reappears for, you know, the alleged cuteness. Also, you just need to hear the tagline “Get ready, it’s coming and it’s bringing babies with it, who will live, who will die, who will get diaper rash.”

The plot of this centers around baby Steve noticing that his beloved plushy Bucky is missing, taken by Scott Summers from across the street. So, of course, this means war baby; Captain America assembles the baby Avengers to go get his friend back. Baby Black Widow as well. This was Black Widow, but as a baby, it’s all in good fun, and if you’re into this sort of thing, it can be a nice break from all the drama of the usual comics and will surely give you costume ideas for your babies for Halloween. 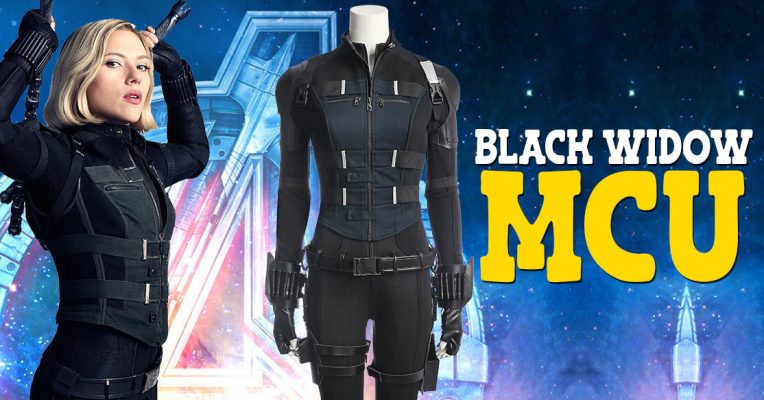 For the last one, we have to give it to the Black Widow from the MCU universe. The Black Widow has been embraced by comic fans, and casual fans alike as the character portrayal is so different but the same as the comics. This, for many now, is what the Black Widow people think of when they think of the character, or if not, they can at least appreciate her. This Natasha now works for shield after shaking off her past in the Red Room and her former assassinations. This was all with the help of Nick Fury, Hawkeye, and The Avengers.

She has proven to be an integral part of the Avengers beyond being an asset on the battlefield being a friend to all. Now it is true that comics have been with us for decades, and comparing their character building to this is nothing, but still, Natasha’s character in MCU is really appreciable. This is why if you are going to make Natasha your inspirational character for Halloween, then try to facsimile the looks of the agent from the movie appearances.

So there you have it, top six alternative versions and six Black Widow merch to choose from for your Halloween outfit.

Either you and your boyfriend are looking for a Halloween costume for couples, or you and your children are going to dress from comics. There are loads more alternative versions of Black Widow that you can easily get for this Halloween.