When temporarily built Black Rock City of Nevada is filled with thousands of people from different parts of the United States, the deserted area turns into a breathtaking place hosting the event most commonly attended by the celebrities and the tech giants. Held annually, Larry Harvey, John Law, and Jerry James were the ones behind the concept of the art-promoting festival.

What It Is Like to Be at the Burning Man Festival and what actually happens in Black Rock City? 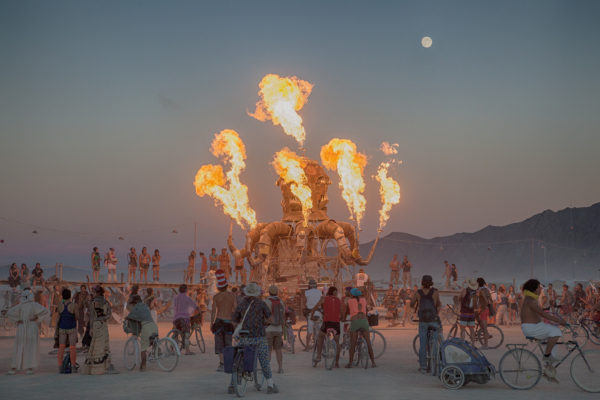 It is more like a world itself than a tiny town built for a few days for a massive crowd of seventy thousand people! Burning Man offers a heavy dose of entertainment to refresh your mind and change your perspective the way you look at life. According to a report published in the Huffington Post, the majority of the attendees change names, professions, and their lives after the festival due to the positive impact it has upon their personality.

Prior to the mass gathering, tents are erected offering a number of facilities. In case of an emergency, there is a medical check-up point having professional physicians for help. Furthermore, a temporary salon center is established offering hair cuts to the long-haired participants. The organizing committee makes sure participants are entertained in the best way possible. Therefore, a shop offering free toothbrushes and the establishment of toilets reflect the event is organized in a perfect way.

The Value of Integrity and Unity

Burning Man promotes integrity among the attendees and gives them a reason to neglect the real world which forces them to be busy working hard all day and be attracted to materialism. People come to Black Rock City to learn meditation, unity, brotherhood and the importance of culture and art in their lives.

The festival encourages the participants to rely on each other for the collective self-interest of theirs when the sunlight heats up the venue and people are left with no choice but to cooperate with each other. When you enter the territory of the city, you get to see many empaths offering their services free of charge. From Café Du Monde’s coffee to tasting wine and watermelon to even fried chicken, it takes no money to buy a number of things there. 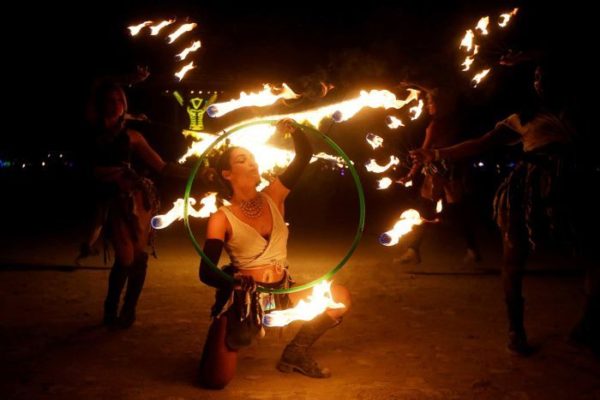 After the festival starts, an outdoor club named Distrikt is where you should go first. It’s a place where lots of people gather to dance on music. Wondering about the coolest thing concerning the festival and indicating the freedom it offers? Wherever you go, you find people dancing on the roof of their cars irrespective of the warmth. People don’t seem to care much about the weather and keep themselves busy in exploring the city.

Additionally, if you want to travel, the only mode of transport is bicycles decorated with light bulbs so that riders can be spotted during the night. For social gatherings, a communal tent is erected enabling the participants to make new friends and share their opinions about various aspects of life. 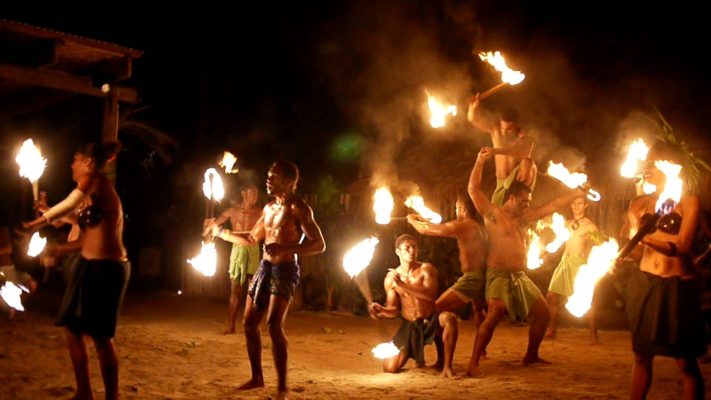 After every a hundred meters, you will find an art car decorated with colorful stuff. To be frank, one of the coolest things about the festival is the passenger-carrying vehicles. From music blasting cars to the ones in strange shapes, there is absolutely a dominance of these vehicles designed for fun.

Soul to soul connections is a common thing at the festival! Every year, many couples come to the Burning Man festival for getting engaged or even getting married. Dozens of couples arrange their wedding ceremonies with a few or no guests at all but the environment is so friendly that anyone who is passing by voluntarily visits the couple and increases the charm of the event.
Since the event is all about recognizing the real you, nobody acts as a judgmental authority a certain act of a participant. Setting up sports arenas to a small film theatre displaying the classic Hollywood movies, every source of entertainment is available at the Burning Man. When the sun disappears, everything lights up turning the dark spot of the deserted area into a glowing one. However, be sure, night brings up the cold breeze which can annoy you to the extent that you might curse yourself for not adding a Leather Jacket in the bag. After a long week of excitement and thrill, participants gather near the Burning Man on Saturday and watch the wooden man burn as it transforms into ashes.