The successor to the 2009 film Zombieland, Ruben Fleischer’s Double Tap is on its way to make the audience laugh after a long wait of ten years. Written by Rhett Reese and Paul Wernick, the film is centered around the comedic theme and a bunch of friends namely Columbus, Tallahassee, Wichita and Little Rock fighting the zombies. Releasing on the 18th of October, only a few days later, Double Tap is expected to bring the smile to the faces of the die-hard fans of the film. 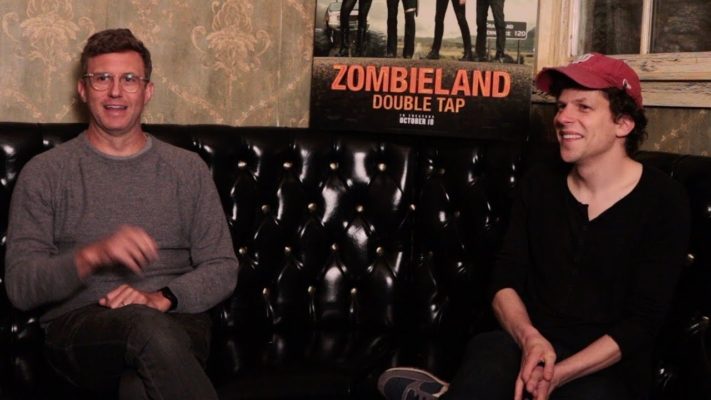 According to the director, Ruben Fleischer, ” I think collectively we all felt very strongly that the only circumstance we’d be willing to make the movie is if it’s as good or better than the original. And none of us were willing to compromise on the quality of the movie. ”

Meanwhile, when asked what the film would be all about, years ago the impressive team of writers composed of Paul Wernick and Rhett Reese had already shared their own opinions. ” There are a couple of things you can expect. One, we will hopefully have all our cast back – everyone’s excited to return. We will also introduce new characters; it will be in 3D ”, Paul said.

In Reese’s words, ” It will be a bigger budget so there’ll be more grand zombie killing. In every way it’ll be bigger. The cast will be bigger, the action scenes will be bigger and, hopefully, with 3D you will be looking down to make sure that’s not blood on top of your popcorn. ”

Additionally, the two also green signaled about the possibility of Tallahassee’s character falling in love. Unsure who the lucky girl would be, let’s wait for the film to arrive. At least, it has been clear, it would be a mix of adventure-action and a bit of romance.

Now it is quite clear the movie would be filled with violence and an extra dose of comedy to make your stomach ache. It would be worth seeing how the team of four hilariously funny characters will confront the potential threat of zombies and wipe them out of their way.

What to Expect Specifically? 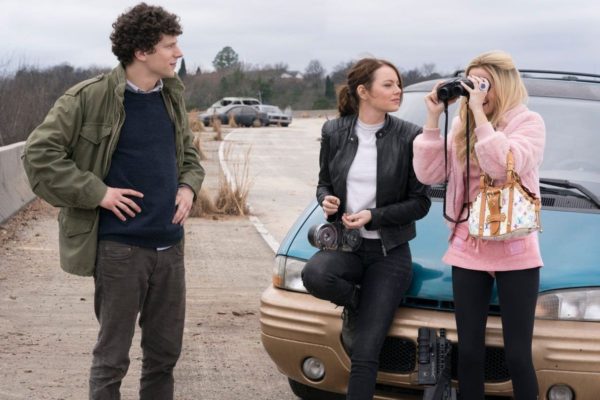 Well, this question might be the most crucial one for all the die-hard fans of zombie movies out there. Making it shorter for you, Double Tap is going to be comedy and adventure mixed together. The said characters would be depicted as being trapped in the same situation of dealing to live among the zombies that have been scattered all across the United States.

However, let’s not be over-excited, as it is too early to predict the exact plot or at least the synopsis or otherwise you are gonna end up getting disappointed at the end. It sounds wise enough to wait for another week until it makes it to the big screens.

Who Will Be In?

Yet the film is only a few days away from landing in the cinemas all across the world, fans are quite frustrated to know who would be in the list of the cast members. All four stars will be appearing portraying the same old characters along with some notable names such as Zoey Deutch, Rosario Dawson, Luke Wilson and Avan Jogia in unknown roles while rumors suggest a few more names have been included in the cast list.

As the film is about to release, fans’ eyes are at Woody Harrelson’s Talhasseee whose Woody Harrelson Zombieland Double Tap Tallahassee Jacket has already become a sensation choice of the fashionistas and the cosplay party attendees. At last, let’s wish the team of Zombieland all the best of luck and hope they have brought the same level of comedy as in the decade-old prequel.